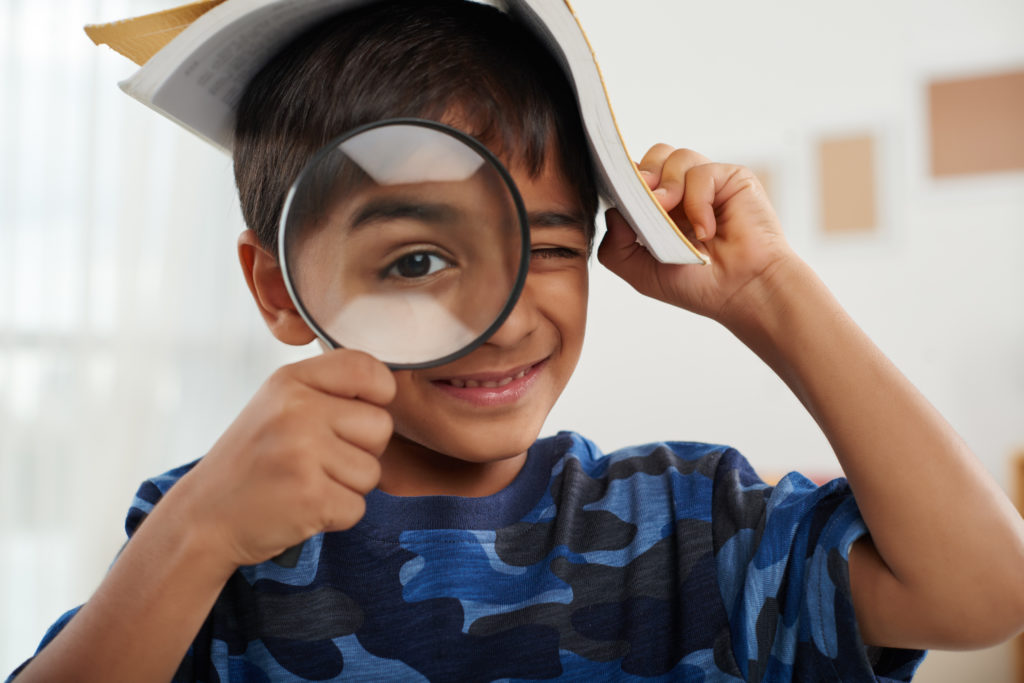 Learning a second language makes a huge, positive impact on your child’s brain. Language learning boosts problem-solving and enhances a student’s ability to multi-task. However there are a lot of myths about language immersion and early childhood education. As you research the benefits of enrolling your child in a language immersion preschool, here are some common questions and myths that may come up.

1. Your Child Won’t Know What’s Going on in Class

A common worry for parents who are thinking of putting their children into a language immersion program is that their children will be confused and unable to learn other things due to a lack of understanding what’s being said in the classroom.

Children learn very quickly during early childhood development. Spanish PreK is a great way to get your child involved in learning a language early on when their brains are like sponges, absorbing language and other information quickly and accurately.

Secondly, language immersion is taught through play by using academically focused methods. As they settle into a bilingual classroom, you may find that your child won’t even realize they’re learning all kinds of things! Everyday activities like singing, dancing, cooking, and other creative endeavors are used as opportunities to help your child learn language situationally. They’ll also be able to learn other important subjects such as math, science, and language arts throughout the day which will put your child ahead of the curve.

Another big fear parents may have with sending their children to, for instance, a Spanish immersion preschool is that they will learn Spanish better than English.

If a child’s time outside the classroom is filled with lots of interaction with English (friends, parents, TV, and other media) then they will learn English at the same time as Spanish. Many parents who are new to language immersion programs worry that knowing two languages will confuse a child and lead to problems in both languages. While some children may mix grammar rules initially, they will quickly grow out of it as they become more fluent. They will be able to speak both languages correctly and independently of each other.

This is one of the most misinformed myths about bilingual education. Young children will absolutely adapt quickly to both languages, and quickly outgrow any minor issues.

The immersion style of education is optimal for young children. Learning a language as you get older becomes more and more difficult since the brain is no longer functioning at the same cognitive level where they have a linguistic advantage.

Your ability to learn a new language begins to wane at around 10 years of age. While you can still learn a language quite well, total fluency would be unlikely after this age. This ability diminishes even further after around age 17, where true native fluency is highly unlikely. Preschool is the perfect time for a child to become totally fluent in another language, rather than a mere working knowledge later in life.

4. If You Don’t Learn As a Baby You’ll Never Be Fluent

Many parents assume that if their child doesn’t learn a language from the beginning of their life, it will be impossible for them to gain fluency. While language learning does begin in the womb, it doesn’t mean that the opportunity to learn a second or third language is lost.

The ability to gain fluency begins to diminish around 10 years of age.  Bilingualism is a real possibility for preschool and elementary-aged students, even if they have not yet been exposed to Spanish (or whatever language you want them to learn) before they start school.

While it is possible that some children can confuse grammar, and very young children may delay their speech for a bit, it all sorts itself out quickly as the child ages. Children are processing a lot of new information in their youth, so it can take a little extra time to properly sort and store that information to be used – but it will all sort itself in time.

The positives of learning a language vastly outweigh temporary grammar confusion. The benefits of bilingualism and language immersion are vast. Bilingualism is correlated to increased cognitive development and abilities, as well as general intelligence. Bilingualism in children is beneficial for the development of reading abilities and may actually improve verbal and spacial abilities. All in all, bilingualism is helping your child’s brain to handle many different situations that will help them in other areas of life.

6. You Don’t Speak Spanish, How Can Your Child Learn?

Many English-only speaking parents may feel their desire to help their child learn a new language is futile. It can also be a concern when it comes to finances – you don’t want to pay to send your child to an immersion school if it’s not going to “work.” But don’t worry, while these fears are understandable that’s not how language learning works.

Language learning for children is very different from language learning as an adult, as we talked about in point number 4. It’s important to try to realize that your child thinks and learns in different ways than you do. For them, they don’t need their entire environment to be entirely in one language – they do just fine with multiple.

The United States has a different attitude towards language learning than Europe, for instance. But many people in Europe are bilingual, trilingual, and more before the age of 10! These children cannot be attending several different schools or be immersed in multiple languages at once.

Rather, they are experiencing language and absorbing based on different natural situations. Maybe their swim coach only speaks Russian, their school speaks French, and their parents speak English – all provide avenues for fluency in each language.

So, rest assured, your child can learn in an environment like an immersive preschool and while you may not be able to speak as fluently as they will, there are many opportunities to support their language learning at home.

Why Language Immersion is Important For Your Children

Being bilingual is simply incredibly useful for your children later in life. Along with giving your child the ability to think differently, you’re also giving them a head start for their future.

Being bilingual is incredibly useful when it comes to getting jobs. If your child decides to go into the medical or service industry it can be a huge bonus on a resume. For many jobs, it’s often a pre-requisite, such as in the travel or translating sectors.

Even when pursuing higher education many college degrees require the study of a language before being eligible for admission or for certain scholarships. Many graduate programs also have this prerequisite.

Knowledge of certain languages may be in demand with the government at any given time. If your child would like a government job in any capacity they could even be sought after depending on the languages they speak.

Clearly, your child being bilingual sets them up to have a huge advantage over other students. They’ll also be able to interact and build relationships with people around the globe and in their own backyard. For more benefits of bilingualism, check out this list.

What Else Should You Know?

Now that you know everything you need to know about language immersion preschool myths and how learning a language can help your child – where are you going to send them? KSS Immersion Preschools offer a year-round Spanish language immersion program for children aged 2-6 in the San Francisco Bay Area, including Albany, Oakland, San Jose and Walnut Creek!

With multiple locations and highly experienced education, you can give your child the gift of a second language. To learn more about our preschool immersion experience, schedule a tour today.