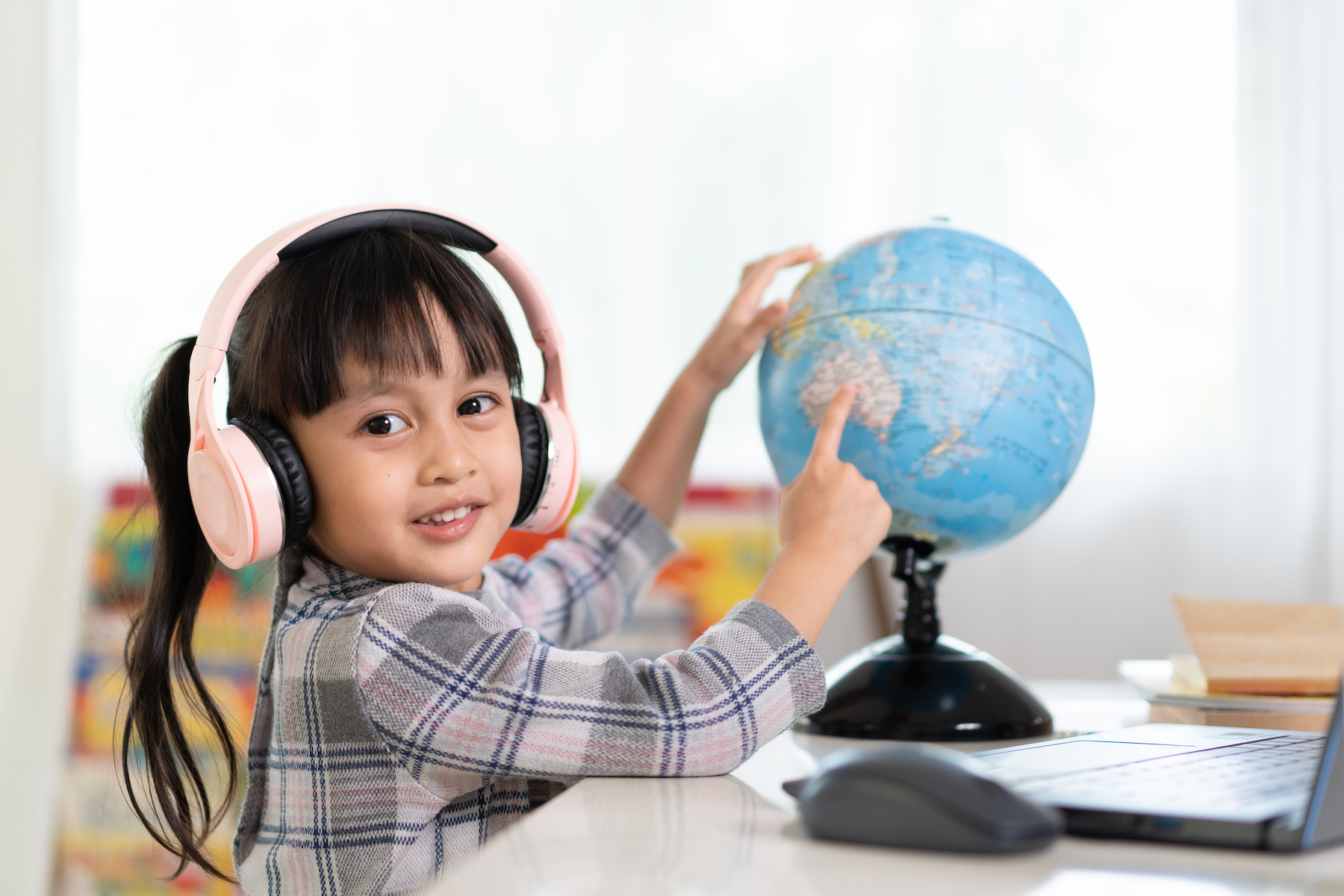 Mastering a second language like Spanish at preschool isn’t just easier — children develop language skills faster than adults — but it can bring lifelong bilingual benefits in kids. From improved social skills to improved academic performance, here are some advantages of enrolling in a language immersion preschool.

Learning a second language like Spanish in an immersive preschool can enhance a child’s social skills. That’s because children can interact with each other in an interactive learning environment that encourages friendship, collaboration, and cooperation. Socialization is a critical element of childhood development, and learning social skills at a young age can have lifelong benefits.

Read more: Why Socialization is So Important for Preschoolers.

Better Performance in English and Math

One study suggests that learning a second language can improve communication and empathy, helping children develop lifelong friendships. That’s because children who speak more than one language understand people better. Mastering a second language in an immersive environment can also improve tolerance, one of the best benefits of language acquisition.

Children who learn a second language at an immersion preschool are more likely to have better reading skills and intelligence in adulthood than those who know one language. Science suggests that bilingualism increases gray matter in the brain, leading to the development of more brain cells.

Language immersion preschool might also improve decision-making later in life. One study suggests that bilingual people make more logical decisions in a second language because there are too many emotions connected to a first language, which can cloud someone’s judgment and problem-solving skills.

Immersing a child in a new language can increase earning potential later in life. Knowing Spanish, for example, can add around $50,000 to someone’s salary, making it one of the most lucrative languages to learn.